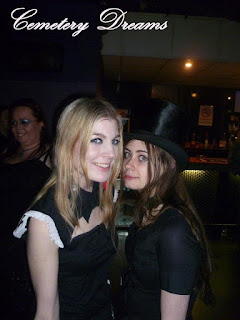 I would like to thank the organisers for such a wonderful night and I hope it goes ahead again next year, bigger and better than before!
The Cemetery Dreamer at 10:11