So as promised here are some pictures from my weekend, although not as many as I had hoped because I was too busy going 'oohhh look at all the cool stuff' to take pictures of the cool stuff!

The hotel we were staying in was very central, just off the Euston Road, called the Grange Fitzrovia, it was super posh! I didn't get a picture of our room but it was a lot like the 'Double Superior' in their pictures.

The location was really handy; 15 mins from Euston and 5 mins from 3 different tube lines. This is the Euston Road on the Saturday morning, such an interesting church: 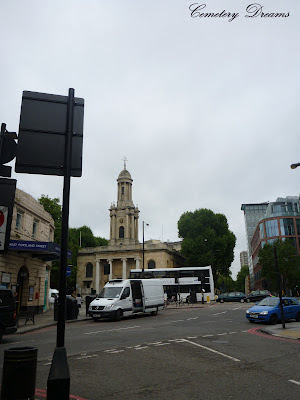 On the Friday night we went out in Camden, starting at Ultimate Power, the club night my cousin is one of the organisers of. It's a really popular night and everyone looked like they were having a lot of fun, but I was tired from travelling so my tolerance for a) crowds and b) power ballads was a lot lower than I expected!

I've never seen a club so busy! I've been to sold out gigs where there was more space to dance: 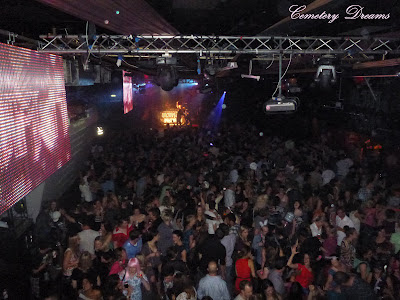 We left early and did a quick tour of Camden pubs including The Dev and The World's End before getting the tube back to the hotel. The tube was still running at 1.15am (thank you Paralympics!).

On the Saturday we returned to Camden for SHOPPING, we went through all of the markets, and even stopped in Cyberdog, which I always visit, because it looks amazing even though I don't wear cybergoth style myself (I love it on others, but it's not something I can pull off).

I took a couple of snaps in cyberdog, although having to use flash kind of ruined the pictures because it's actually dark and atmospheric with UV, neon and coloured lights: 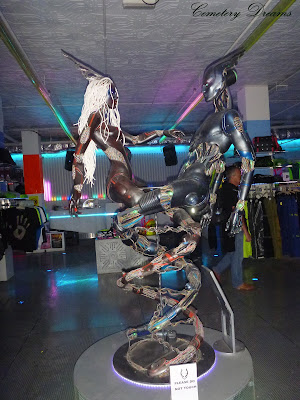 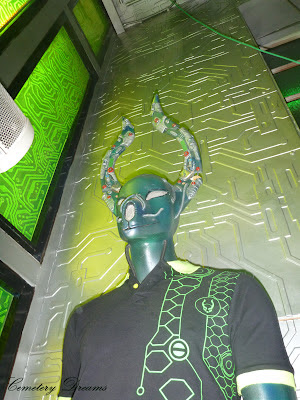 I didn't actually buy very much whilst I was at the markets. I tried on a couple of pieces by Spin Doctor, that I'm still considering; this skirt and this blouse which I really liked, but they were expensive and once again I had some concerns about quality (small things, like buttons being loose even though they had probably only been tried on a few times etc) so I'm still trying to decide. The level of detail makes them tempting items though; I wouldn't be able to DIY a version!

I did get a corset though =]
I'm afraid I don't have any pictures of it yet because I don't have anyone to help lace me into it! I was re-assured by the lady at the stall that I should still be getting 22" corsets, not 24" because the 22" closes completely except where my ribs get too wide! I was worried because I've put on a LOT of weight since the last time I brought a corset (when I was 17) and although that is a good thing (I have to accept that my 'perfect body' belonged to a girl, not a woman =P), I still get a little touchy when clothes stop fitting me! This is the corset I got, but it was on sale, so I got it for 40 =]
Hopefully I'll have pictures of the corset on me next week!

In the meantime here is an outfit I wore out for dinner on the Saturday night, when we went to Ask Italian, taken in the bathroom of our hotel room: 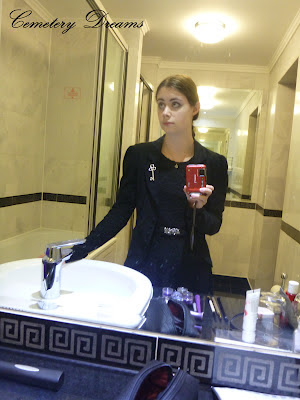 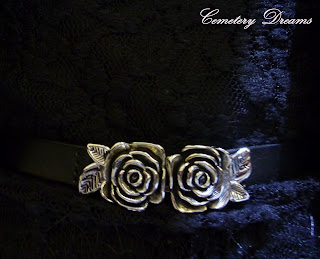 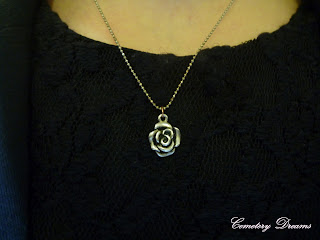 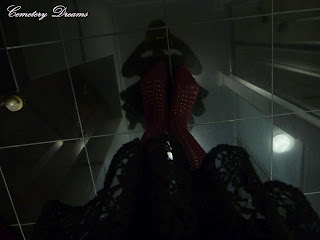 We were going to go to Slimelight afterwards but were so tired after shopping and food that we fell asleep instead oopsies!

We went home on the Sunday but it wasn't a smooth journey, I managed to leave my top hat in the pub at Euston station when we stopped in for some breakfast (they have really nice toast and jam) =[

I hoping I'll get my hat back but so far I can't get through to the pub on the phone; so I'll have to go in when I'm in London next week and hope they still have it.

Posted by The Cemetery Dreamer at 13:43