I went to MCM Expo Comicon in London on Saturday, which was very exciting. There was some truly incredible cosplay and some truly horrendous queuing (2 and a 1/2 hours to get a wristband to get in!!). Although I must say the most entertaining queuing I've done in a long time; spotting costumes sure helps pass the time! As does everyone nearly fainting with cute-overload when the Kurt Kobain look-a-like walks past... And especially trying to do ninja fast photos in front of the TARDIS (and failing!). Next time I'll definitely buy an early entry ticket!

Some of my dear school friends had decided to go as Soul Eater characters. Enter Death the Kid and his weapons Liz and Patty: 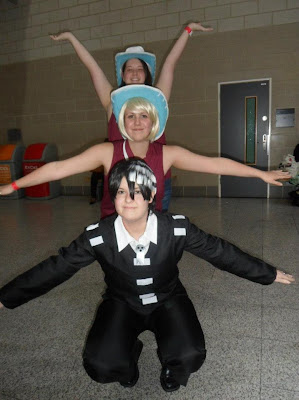 Knowing I've dressed up as Blair Witch before, they suggested I re-use the costume. Which sounded great to me as I've had very little time to craft lately! Last time I dressed as Blair, I didn't have the right top (I found a suitable one a week later in a charity shop, and brought it anyway) so I had to compromise a bit, but I managed to dye my hair suitably purple. This time, I had a better costume but the Directions Violet dye I used didn't show up on my hair at all =[

How Blair should look: 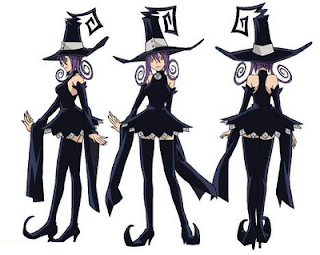 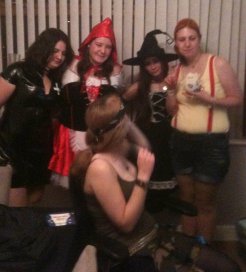 My costume for Expo: 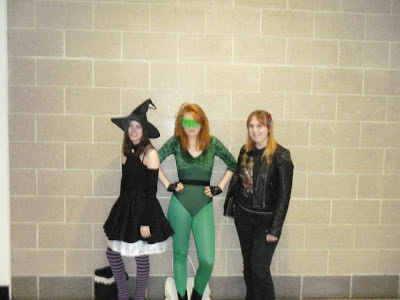 I wore the purple on the tights to compensate for the lack of hair colour! These pictures are taken with some uni friends dressed as Poison Ivy, Sebastian from Black Butler and Rose Tyler (was going to be Sailor Moon, but wig didn't arrive in time =[)

The bell around my neck was pretty irritating for me, but funny for everyone else because it jingled whenever I got excited (which considering I saw a new cool costume every couple of minutes was pretty much all day!!!)

I didn't get many photos of other people's amazing costumes, because I had low camera battery (next year I'll charge them and take a spare!), but here are pictures of my 2 favourites: 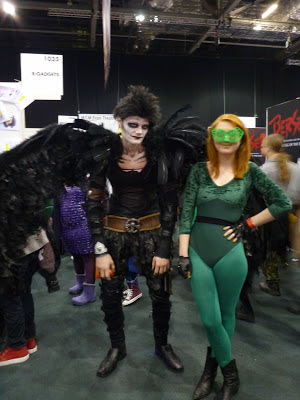 And this amazing creation, the jaw of the skull even opened! 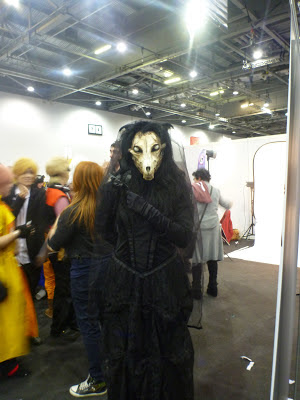 I'm already trying to think of a good costume idea for May; hard to find something which will look good and be within my skill to make!

Have any of you ever been to this kind of convention? Did you do cosplay?
Posted by The Cemetery Dreamer at 07:58